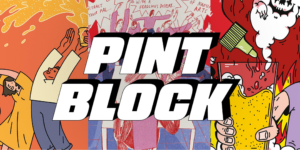 THINK! has launched Phase Two of Pint Block: our ongoing campaign encouraging young men to step in and stop a mate from drink driving.

For Phase Two, we’ve worked with ten illustrators to bring 60 new Pint Blocks to life – one for each of the young drivers who, on average, is killed or seriously injured each month while found to be driving over the legal alcohol limit.

Our 60 illustrations range from simple ideas like distracting your mate to steal his pint, to more surreal Pint Blocks including hypnosis, zombie hands, and opening a black hole to swallow your mate’s drink!

The illustrations will be promoted with a strong focus on out-of-home advertising in sports club changing rooms, bars and pubs – all locations where our target audience spend time with their mates.

Illustrations will also be promoted on social media alongside our six Pint Block videos, aligned with culturally and seasonally relevant moments for our target audience.

Phase Two of the Pint Block campaign continues to form part of our ‘Always On’ communications approach, which targets young men via the moments and channels that are most relevant to them.

The target audience for our campaign is 17-24-year-old men, who continue to be heavily over-represented in drink drive-related collisions. Young men are also less likely than the wider population to perceive drink driving behaviour as risky or unacceptable.

Assets supplied are free to use for educational purposes, however if used in a paid-for capacity (particularly outside of the national campaign period) usage fees may apply. 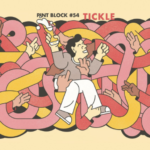 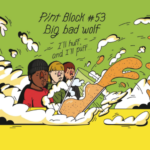 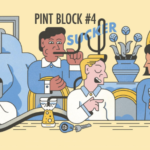 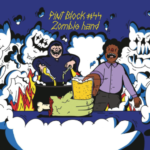 The maximum penalty for causing death by careless driving when under the influence of drink or drugs is life in prison, with a minimum driving ban of five years.

In addition to these penalties are the everyday consequences of being caught drink driving which can include: