Skip to content
THINK! campaign to warn drivers of the dangers of country roads.

60% of people killed on Britain’s roads die on rural roads, and new research shows many more drivers are needlessly putting themselves at risk of an accident.

A shocking 25% of drivers report having had a near miss on a country road, while 40% have been surprised by an unexpected hazard, such as an animal. A third also confess to taking a bend too fast. 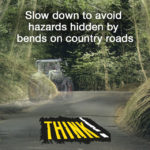 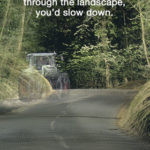